The brewery was built by Czechs, who lived in Hlynsk 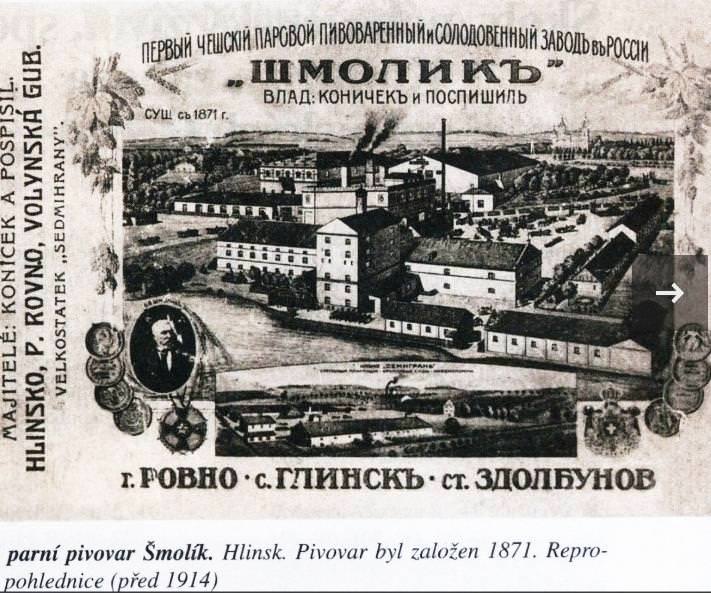 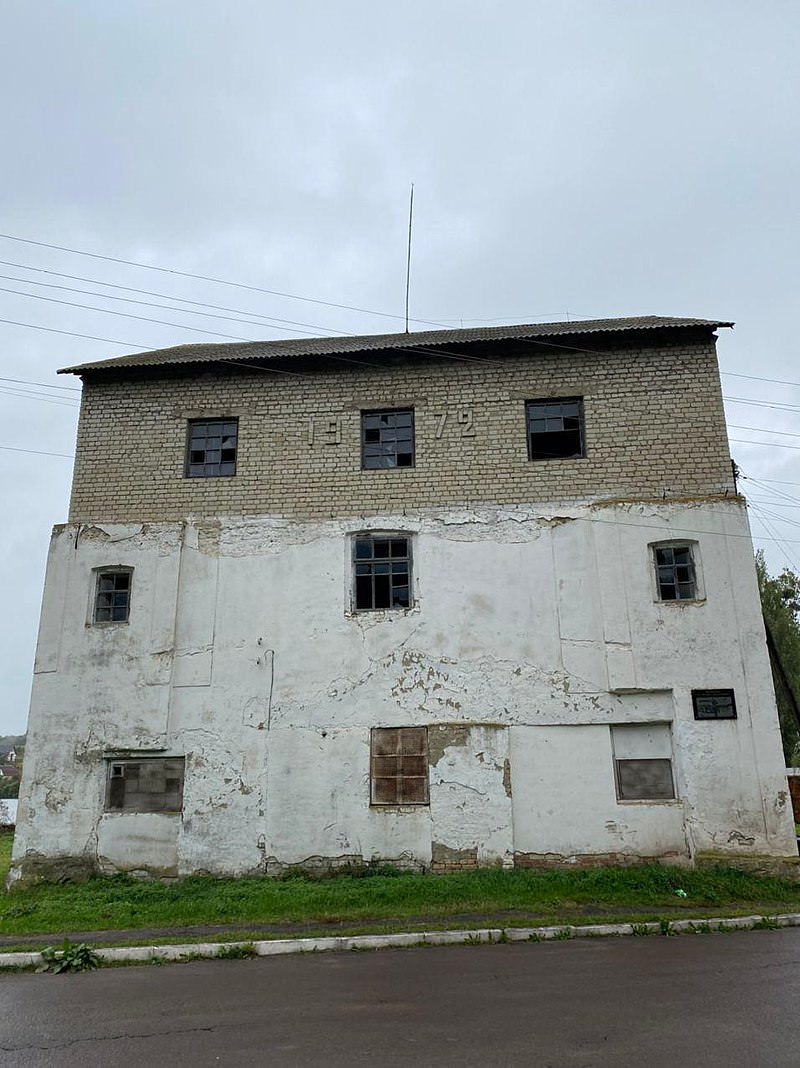 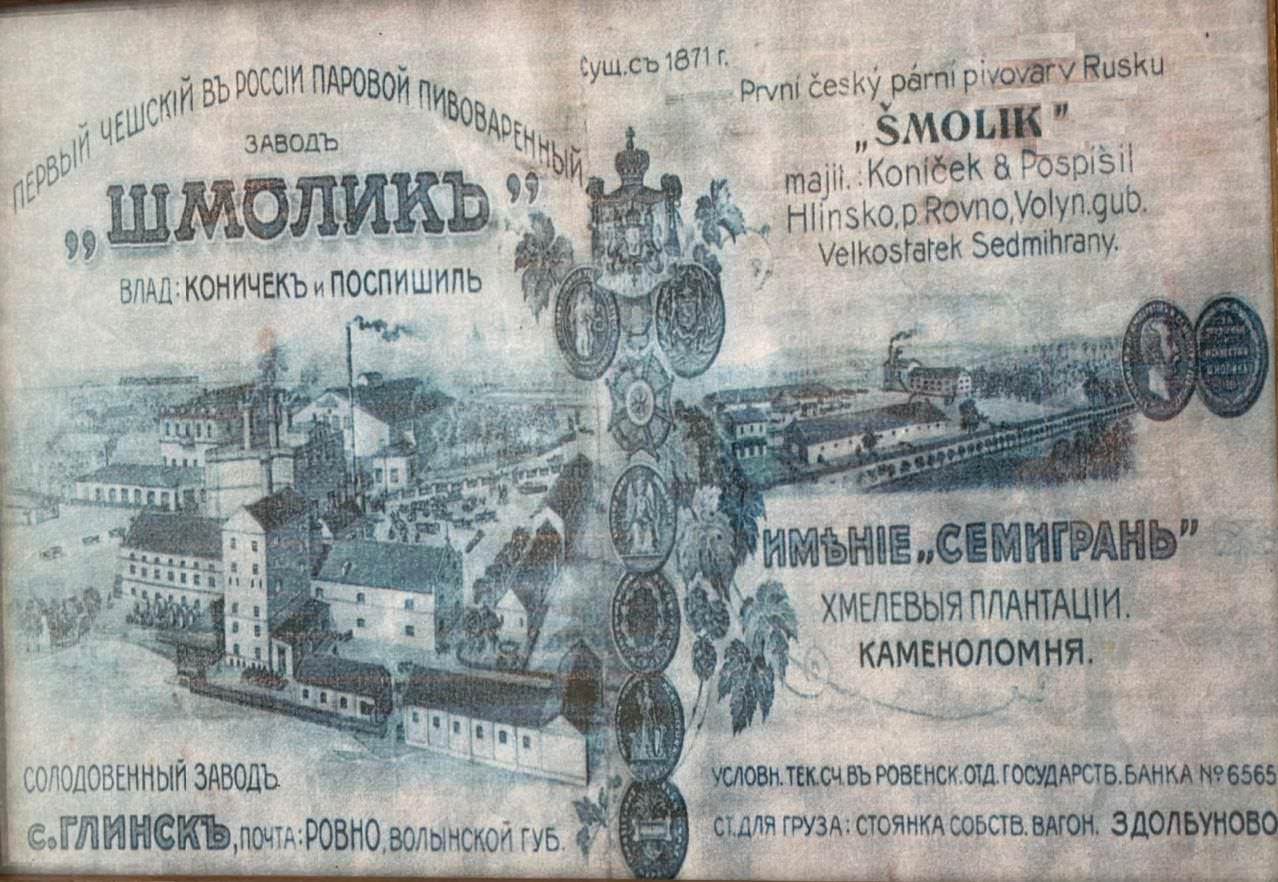 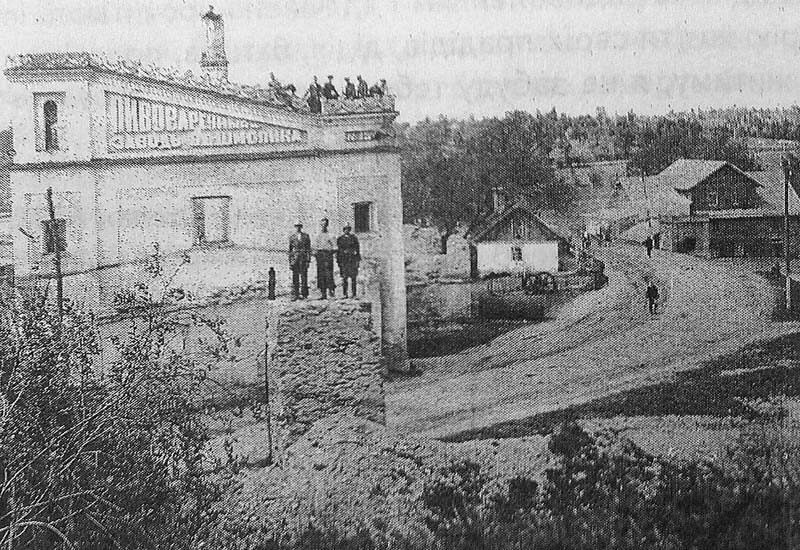 In order to attract the capital required for the brewery construction, the Czechs issued private shares. The shares were immediately sold out and the construction of the progressed quickly.

Shortly a large stone brewery was built on the shore of the pond. There was a slogan on the pediment wall in large three-dimensional letters. It said: “The First Czech Steam Brewery in Russia”.

In 1871, the brewery produced its first litres of beer. The annual output reached 110,000 buckets and the profit was 200,000 rubbles. Subsequently, the brewery had its own freight railroad cars, which stood at the Zdolbuniv station. Hlynsk beer was delivered by railroad cars to Kyiv, Moscow, St. Petersburg, Odessa and even to the Caucasus.

The influential Czechs formed a group of shareholders, headed by Foma Šmolik and Josip Olič, who bought shares at arbitrary prices, moreover even through intimidation and violence. Having acquired a significant number of shares, Šmolik became the owner of the plant. In 1925, the owner of the brewery Foma Šmolik died. At this time Poland experienced a deep economic crisis, and the price of hops fell sharply. Most of the hop plantations were destroyed; Šmolik’s descendants could not keep the brewery and went bankrupt. The production facilities were stopped. The brewery eventually fell into disrepair, the equipment rusted, failed, and the brewery stopped working at all.

Currently, the building is abandoned. 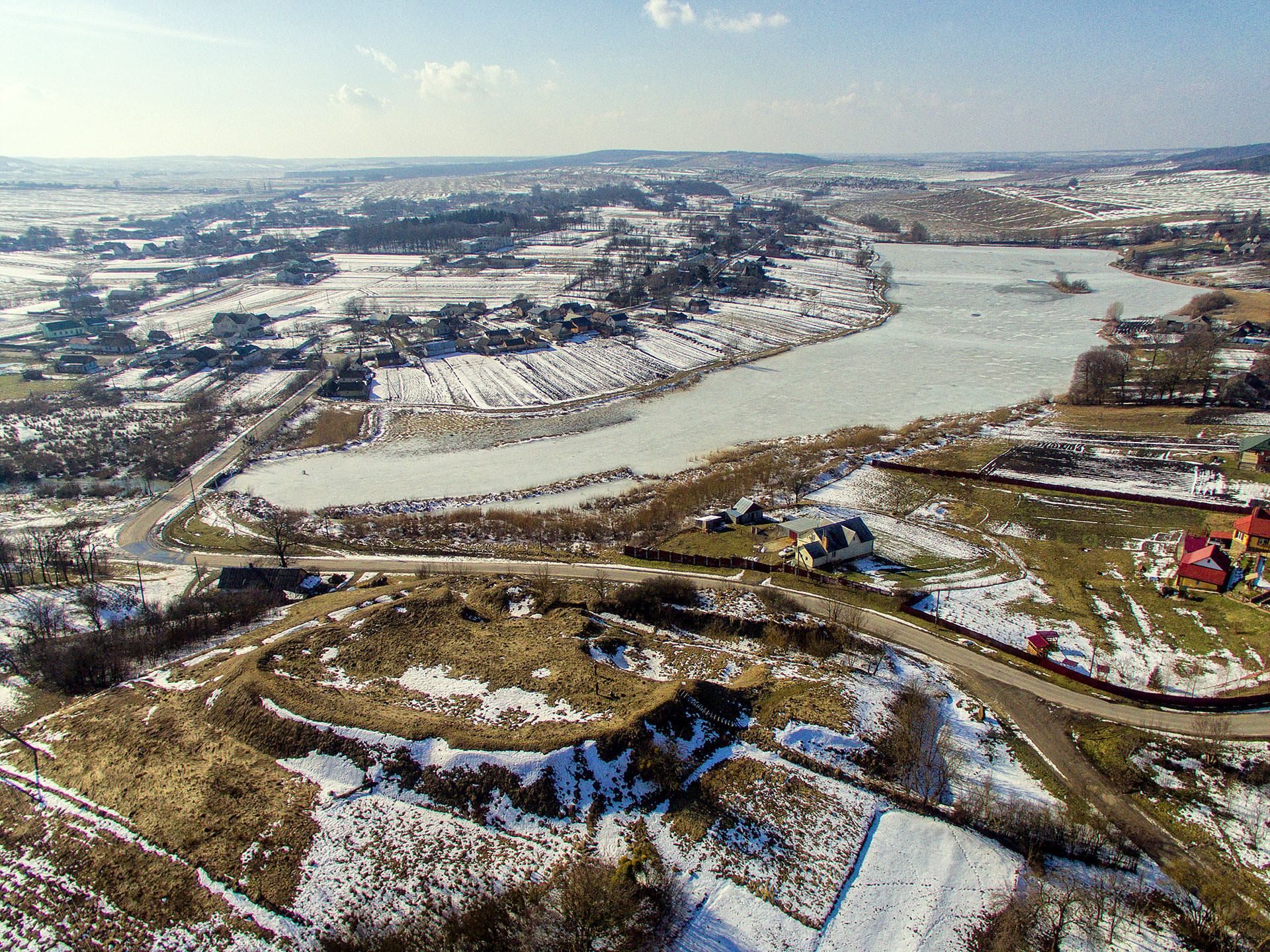